The purpose of this page is to provide information on experiences of those who own or lease electric vehicles (EVs) or plug-in hybrids (PIHs) in Lyme.  Some of us have found that the single biggest impediment to purchasing an EV is the question “Will it really work, especially around here in the winter?”  As you will see below, the answer is a somewhat resounding “YES!”  Within both vehicle classes, though, there are several makes from which to choose.  At the end of the document, I have tables of which cars are owned by Lyme residents.  If you want more details on owner experiences, e-mail me and I can supply them.

On this blog page, in the category “Electric Vehicle Buying Resource”, I’ll be sharing periodic updates, linking back to this post with consolidated information.

Please let me know if you have bought an EV or a plug-in hybrid, and feel free to keep letting me know how I can make this more useful. Email Henry Higgs.

First of all, let’s define an “Electric Vehicle” and a “Plug-In Hybrid”:

To be clear, a PIH is different from a hybrid vehicle, albeit an extension. In a hybrid, you charge the battery through the car’s performance (breaking, and such). In a PIH, you can also charge the battery by plugging the car in, which means that you really don’t need the gas engine at all if you only travel short distances.

I will just mention two other EVs that are owned by Upper Valley residents but as yet not by Lyme residents:

Both owners I know love these cars. The Niro can come with a ‘winter package’ that maintains battery performance better during the winter.

Reasons to buy an EV

*I include solar, wind, hydro, nuclear, landfill gas, geothermal, fuel cells and energy storage as non-GHG sources.  We include municipal trash, wood, biomass and liquid biofuels as other renewables (in addition to the non-GHG sources).

Why do people buy the EVs they buy?

At this point, I’m really kicking myself for not asking owners their major reason for buying the EV they did.  Here, I will give you my own synopsis from the list, supplemented by my own experience (I have a Tesla Model Y).  Basically, I will divide this into two questions.

Finally, why do people buy PIHs?

This is largely because they are worried about the EV concerns I list above.  To reiterate, PIHs use electric power only until the battery is drained, and then shift to the gas engine.  When the electric engine is being used, you seem to have similar acceleration as an EV (this is based on a rough poll I just took of the PIH owners).  A feature of this is that, for most local travel, you would not be using the gas engine at all (for instance, for a trip to the CO-OP and back, or for most commutes around here).  Many PIH owners report not filling up for over 1000 miles of driving.  Prius Prime owners report getting something like 150-200 miles/gallon in their normal driving mode.  Many also just feel more secure for the long trips.

Other EVs for sale, and EVs on the horizon

If you want to look farther afield than the EVs commonly bought around here, take a look at the article in Car and Driver  from February.  I won’t list them all, because there are many.   It looks like the tide is really turning, and a wide variety of new EVs will be available in the next few years.  In terms of electric vehicles in general, companies like Chevy and Volkswagen have made bold claims of turning all EV by certain dates.  I wanted to have more on this here, but will have to wait for next month.

Excitingly, this includes pick-up trucks!  Similar to the performance advantages of EV cars over gas-powered cars (acceleration), EV pick-ups are going to be far superior to gas-powered trucks in terms of towing.  Based on a January 20 article in Car and Driver, EV pick-ups on the horizon include:

Incentives to buy an EV

I will be building on this section as I learn more.

One incentive is available to New Hampshire Energy Cooperative customers in Lyme (click for link), rebates for purchase of either an EV ($1000) or PIH ($600).

I do not see any comparable programs from Eversource.  If I am missing that, please let me know!

Here is a link that goes over the cars still eligible for the Federal EV tax credit (as of April 1).

The list only includes Lyme residents.  If others would like to add their information to the list, they can email Henry Higgs with the heading “To add to EV/PIH list” (indicate whether you would be OK with your name and e-mail address appearing on the list.  It’s perfectly OK if you do not).  Many of the people listed below have given permission to me to give their contact information to people interested in buying EVs, and realize that they might be contacted with questions.  If you would like contact info for these people, please email me.  To those people who agreed to be contacted, have no fear, I will ask again before actually giving your email to a specific person.

This website gives a more national/international survey of EV owners.  You can pay $10 for the full report if you want.  I did, but I didn’t find it more useful than this site, actually.  I have it as a PDF.

Vermont Law School conducted a webinar on EVs in the Upper Valley (click for the video), on March 21.

The Thetford Energy Committee has gotten a web page up on the town website, with a number of handy resources, including an “Ambassador Team” who can answer specific questions.

The challenge of converting to electric-powered vehicles

For many of us who have bought an EV, one impetus is to lower our carbon footprint.  Since automobiles amount to about a third of greenhouse gas emissions, this is an important conversion.  The New York Times had a somewhat sobering article in this respect, on the speed at which the US is likely to convert, given how long cars last

This is, frankly, part of the reason I started this resource, because cars bought today will last 10 or more years.  To me, the choice to buy an EV came down to the saying “If not me, who?  If not now, when?”  I sort of feel I want to do all I can to facilitate the conversion to electric vehicles, as well as the other things needed for truly low environmental impact cars (such as increasing renewable electricity generation).

On a slightly more optimistic note, below is a link to a Wall Street Journal article about how the world’s oil demand has probably peaked.  The glass is half full!

About the Author: Henry Higgs 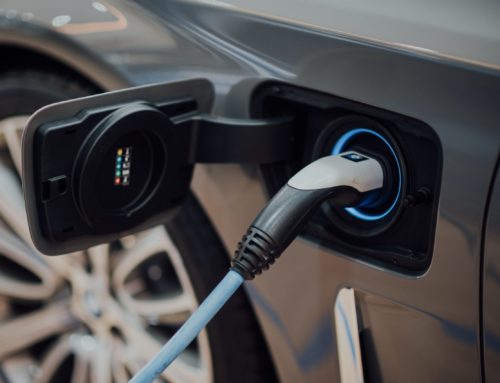